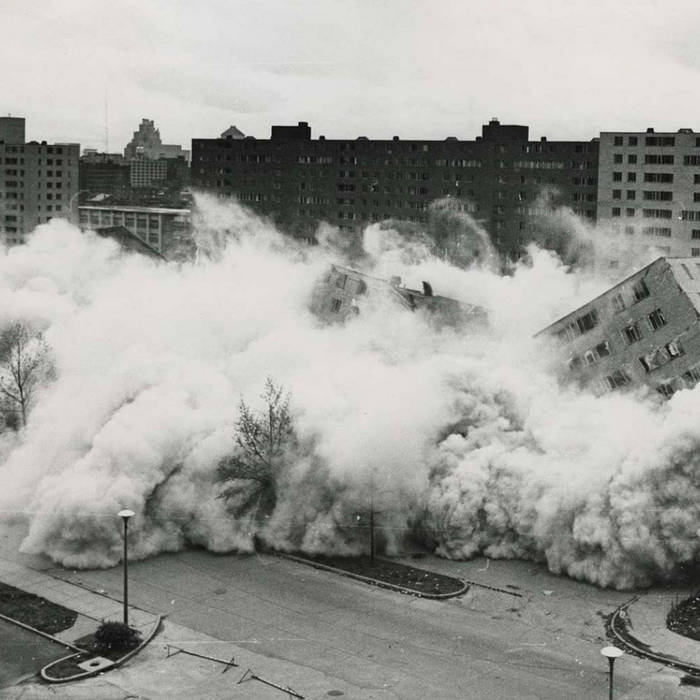 How Art Invades One World By Joan Seifried

The combination of spoken word, chanting, music, movement, bodies, light and color go back to the Sophocles’ Greek Choir in the ancient plays. In this tradition, San Diego based Pruitt Igoe acts as a backdrop and reaction to wherever they perform (this was also the case at SDVAN’s Arouse 3-part events), but the dramatic action is reinterpreted by clever antics of grace and style, music and words, props and bodies. This reviewer had always hoped that the dividing line between music and words, art and culture, time and situation would be blurred into a new performance art form, and here we have it, in this ensemble, right here in San Diego, which is more associated with navy bases than crossing artistic border lines.

For SDVAN’s Arouse Event, the only charge that was given to the ensemble was to create something totally “premiere” for each night of the series of 3-lectures. All three lectures had something to do with the local contemporary art world – how to buy, value, price and select; secondly, how to attend an auction, understand, intelligently evaluate; and, thirdly a live auction itself. The three events were held and hosted by Filippo Floridia at his Galerie d’Art International in Solana Beach.

Talent pours from every pore of the two man protagonists, Ted Washington and Molly Wilmot. Visually, Ted’s massiveness and Rasta-style masculinity counter-poses Molly’s classic physique and pale dancer’s body. Ted’s sexuality comes through his voice and poetic delivery. Molly underpins Ted’s off-the-cuff poetry recitals, personally written by Ted, in a lilting trained soprano river of sound. All this glory is set to an ongoing score by musicians as Ted and Molly move their different but compatible bodies through space. (Whatever space is available.) They performed on the forecourt to the gallery at SDVAN’s Arouse, using cardboard boxes for props, various people and tables.

Spontaneous and riveting, each poem by Ted (as the events proceeded) not only fit the lectures but went even deeper than the lecture’s subject matter, as only poetry can. My favorite was his “Saddest Poem Ever Written” which spoke about the transitory nature of love, the permanence of heartbreak, and the wall of creativity that is created by artists in love. He spoke about “works on a wall” which he “couldn’t tear down.” For me that is the essence of a lost love.

If you can imagine snaking sound, gorgeous operatic undertones and lustily recited, finely crafted poetry, all with the meshing of weird harmonic instruments underneath, you have Pruitt Igoe. And think metronome/harmonism/mouth organs/toys underneath it all, and you have an idea of what Pruitt Igoe sounds like. What they look like is the best of cross-cultural Gen X style.

San Diego is honored to have artists here who push the boundaries of respectability, taste, music, dance and the question of “what is art”. Art, Pruitt Igoe, seems to say, is as it is made and found. How very appropriate and deeply sounded, and grounded, was this ensembles’ hand-made pieces for SDVAN’s series on how art invades one world.

What brought the group Pruitt Igoe together?

Everyone in the group was collaborating with Ted Washington, but on separate projects. We booked a show at the Knitting Factory in Hollywood where Ted read poetry while each one of the musicians jumped up on stage, played their piece, and then jumped off so that the next musicians could go on. It was a circus. We realized at that show that it would be more interesting and enjoyable if we all worked together and Pruitt Igoe was formed.

What were your two favorite venues you have done?

We have yet to find a space that we did not enjoy playing in. The accommodations and nature of each venue are a part of the score for that performance.

What do you see for the group’s future?

We are keeping our options wide open. We are not trying to make popular music for the masses (not to say we don’t want to be popular), but we perform together because it is enjoyable, fresh and creative. We’ll continue to seek out galleries, poetry venues, bars, theaters, and museums locally, nationally and internationally to perform in.

Where have you been reviewed?

San Diego Reader, "That Scary Moment", feature by Barbarella Published June 24, 2004. www.poetix.net/san_diego.htm will be reviewing our new CD in their September 2005 issue.

How do you form a composition?

We improvise or decide upon loose scores. All things are taken into consideration, the poetry, the venue, audience, players, politics. Sometimes the words come first and then the music, sometimes the band strikes a mood and then the words are added. At times an idea sparks a piece, sex, war, art. It’s always different – no two performances are ever alike.

What is the strangest composition you have achieved?

Gosh, I don’t know…was it the time that Ted (big bad wolf) chased Molly (little red) all around the Casbah, through the audience, ending up on stage with the band to howl through the “Full Moon” piece? Or the time that Ted, Molly and Are-Jay strapped art-bombs with egg timers to their chests and started yelling out the same poem whenever and wherever the bombs went off during the Sushi Red Ball? Or perhaps that show at Winston’s where a pre-recorded conversation was being played while Ted and Molly talked/sang/yelled over it and chanted “asses” as the band blared on.
Back to top

As a child, Ted Washington walked past the Pruitt-Igoe housing project in St. Louis on his way to school. Once a marvel in architecture, Pruitt-Igoe turned into a crime-plagued ghetto that even the poor wouldn’t live in. After spending more than $5 million in vain, the St. Louis Housing Authority and later the U.S. Department of Housing and Urban Development declared Pruitt-Igoe unsalvageable and razed the mammoth, high-rise apartments.

The result is at times serene or spastic, ambient, lustful, tonally chaotic, concussive. Ted Washington interprets his world through poetry and music. Barbarella writes in her column in the San Diego Reader, “I was mesmerized by the cacophony of sound surging from the stage. If you’ve ever eaten a hallucinogenic mushroom, you may have experienced that scary moment when words around you seem to change and mutate into another language – this is what I experienced.”

Pruitt Igoe is packing a wide range of venues in southern California: The San Diego Museum of Art; Sushi Visual and Performance Art; Casbah, Winston’s, Kava Lounge and Capricorn Studios in San Diego; and The Knitting Factory in Hollywood. They have been special guests live on the Illfonics radio show, KSDS-FM, Jazz 88.3 in San Diego. The genre bending and blending of Pruitt Igoe will shock and intrigue even the most discerning viewer.