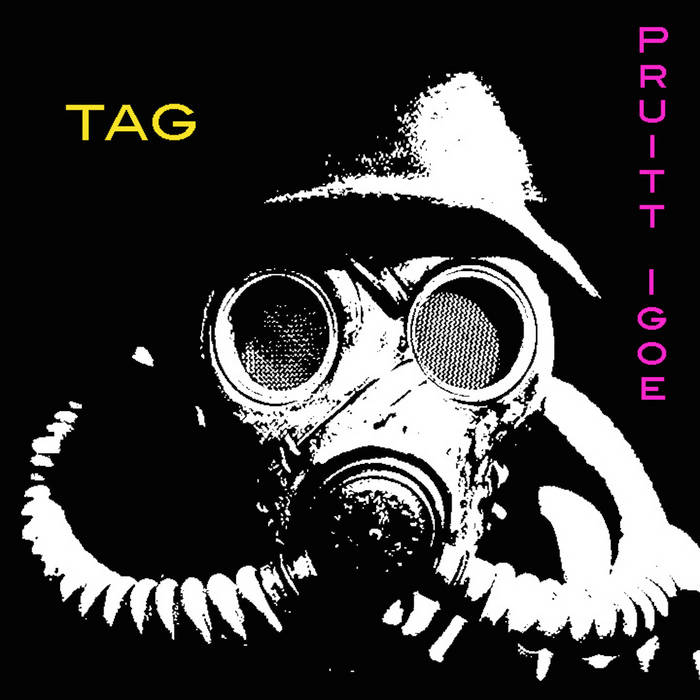 The Pruitt-Igoe housing project, built in St. Louis, Missouri has been regarded as one of the most infamous failures of public housing in American history. This marvel in architecture turned into a crime-plagued ghetto that even the poor wouldn't live in. After spending more than $5 million in vain, the St. Louis Housing Authority and later the U.S. Department of Housing and Urban Development declared Pruitt-Igoe unsalvageable and razed the mammoth, high-rise apartments.

Today, Ted Washington (vocals, synthesizer), pays homage to this idea of something being so beautiful and terrible at the same time in collaboration with Krista Coppedge (trumpet, synthesizer), Andromeda Breeze (dance) and Jon Cordova (guitar). The band fuses spoken word, jazz, electronica and various music genres to create an emotive landscape for poetry that explores issues of love, drugs, nihilism and socio-economic casting.

Ted Washington is an artist. author, actor, poet and reluctant businessman. Specializing in pen and ink, his art has garnered local, national and international awards. He is the founder and CEO of Puna Press, a San Diego, CA based publisher of poetry and art that features several San Diego writers and artists. Ted also is a founding member of the performance art group Pruitt Igoe, who have performed in San Diego and Los Angeles area galleries and music venues. Pruitt Igoe was awarded a Synergy Foundation grant and performed in Harlem, New York City.

Krista Coppedge, from Jacksonville Beach, FL, is a musician, piano technician, photographer, surfer, and adventurer. She studied piano classically for 10 years, played trumpet in the Jacksonville Symphony Youth Orchestra, marching band, jazz band, and concert band throughout high school, and sang in the church choir her whole upbringing. Krista moved to San Diego in 2010 to surf and start her piano tuning business and to surf. She joined Pruitt Igoe a year later.

Jon Cordova, from San Diego, CA., is a founding member of the band. Jon is a heavy metal aficionado and uses an array of effects pedals to power a guitar capable of many sounds that have been refined with years of research and practice.